Fulfilling its White House American Business Act on Climate Pledge, Switch Will Be Powered By 180 MW Of New Solar In Nevada

During the construction of its new 180-megawatts of solar generation projects, Switch Station 1 and Switch Station 2, Switch has partnered with local utility NV Energy to utilize renewable energy from existing facilities in the state.

“Switch has set a new standard for using renewable resources to power their growing business,” said NV Energy President and CEO, Paul Caudill. “We all are proud to partner with Switch to help it become the first southern Nevada customer to be supplied by 100 percent renewable energy. Switch’s leadership has opened the door for other large customers, including the City of Las Vegas, to meet their own renewable energy goals without negatively impacting the rates of other customers.”

In addition to benefiting more than 1,000 Switch clients, the promise to actualize 100 percent renewable power across its facilities will help advance the state of Nevada as a leader in green technology and assist with protecting the environment.

“When I started Switch 16 years ago it was with a commitment to sustainably running the Internet,” said Founder and CEO of Switch, Rob Roy. “From the more than 218 patented technologies that run the SUPERNAP data centers to the third-party audited industry leading Power Usage Effectiveness (P.U.E.) to the purchase of 100 percent renewable power, Switch has cemented itself as the leader of sustainability in the data center industry.”

According to the National Resources Defense Council (NRDC), data centers are one of the largest and fastest growing consumers of electricity in the United States. The environmental action group estimates that U.S. data centers consumed an estimated 91 billion kilowatt-hours of electricity, or enough electricity to power all the households in New York City twice over.

Switch’s green technology movement aims to positively change the energy consumption model throughout its data centers and evolve to become an influential company that will inspire change within the data center industry. By building new, local resources Switch is demonstrating its commitment to the renewable energy principles of additionality and locality.

Don’t miss @Switch EVP of Digital Solutions, Bill Kleyman @QuadStack and Switch VP of Sustainability, Alise Porto during the NAEMA Spring Conference session: More Than #DataCenters: The Implications Of ESG And Other Issues On The Explosive Demand For #RenewableEnergy tomorrow! 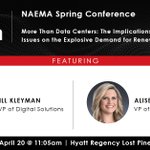 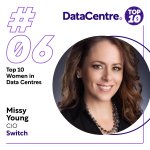 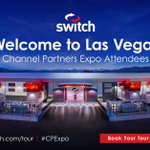 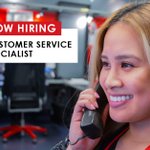 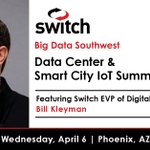 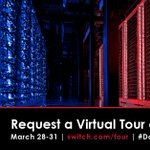 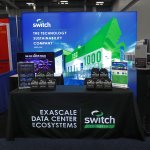