The Virginia City Silver Bricks, a five member team consisting of middle school students from 6-8th grades competed against forty other Nevada FIRST LEGO League teams in the regional competition on January 26, 2019 to secure their place in the FIRST National Championship.

“Switch is pleased to support the winning Storey County Silver Bricks team who are harnessing their creative innovation and technical skills in the FIRST LEGO League competition,” said Switch EVP of Strategy Adam Kramer. “As the home of The Citadel Campus, Storey County is demonstrating leadership around the importance of STEAM-based opportunities in our state.”

“Having a technology powerhouse like Switch sponsor our Silver Bricks team, ensuring they can attend and compete at the National Championship is a real honor for the students,” said the Virginia City Silver Bricks coach Nicole Frens. “We are pleased to be representing our great state and demonstrating the critical need for STEAM-focused programs like FIRST, that align with Switch’s community priorities.”

FIRST LEGO League teams research a real-world problem such as food safety, recycling, energy, etc., and are challenged to develop a solution. They also must design, build, program a robot using LEGO MINDSTORMS® technology, then compete on a table-top playing field. For more information about this year’s FIRST National Championship click here.

ABOUT Switch
POWERING THE FUTURE OF THE CONNECTED WORLD®

Switch (NYSE: SWCH), the technology infrastructure corporation headquartered in Las Vegas, Nevada is built on the intelligent and sustainable growth of the internet. Switch founder and CEO Rob Roy has developed more than 580 issued and pending patent claims covering data center designs that have manifested into the company’s world-renowned data centers and technology solutions.

Today marks the fifth remembrance of the events of #1October. As we take a moment to honor the memory of those impacted by that day, we also extend our gratitude to @LVMPD first responders and our community members who make Las Vegas #ForeverStrong. #VegasStrongDay 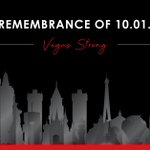 Don’t miss @Switch EVP of Digital Solutions, Bill Kleyman @QuadStack at #TheDCAC on 9/28 in Austin, TX during the fireside chat discussing talent gaps in the industry, #sustainability, and the #DataCenter market! https://t.co/xxHwnXSO0R @DCAC_Live 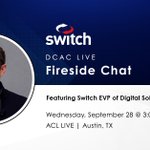 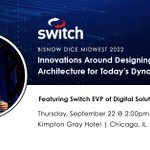 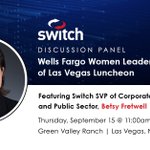 Switch VP of Sustainability, Alise Porto will participate in the Datacloud USA panel: What Is the Investor’s Role in Supporting ESG Initiatives Through Sustainable Finance? Wednesday 9/14 at 2:30pm CT in Austin, TX! https://t.co/rSXGLrNfVC #DataCloudUSA 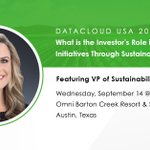 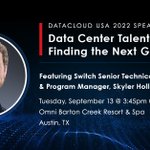 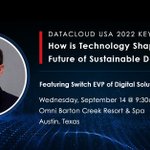 A strong ESG standing can unlock additional market and competitive value for your organization. Learn how your digital infrastructure can impact your ESG score and why it matters on our latest blog: #SwitchToGreen

Although our industry is full of acronyms, this one is quite important. Environmental, Social, and Governance (ESG) ratings are a critical considerati...