Data Center Frontier’s quarterly Roundtable column showcases thought leadership on the state of the data center industry and where it is headed.

Welcome to our fourth Data Center Executive Roundtable, a quarterly feature showcasing the insights of thought leaders on the state of the data center industry, and where it is headed. In our Second Quarter 2016 roundtable, we will examine four topics: trends in wholesale data center demand in 2016, renewable energy in the data center sector, rating the industry’s progress on energy efficiency, and how new technologies like the Internet of Things and virtual reality will impact demand for data center services.

It’s difficult to predict the future of technology simply because most of the time it’s wrong and almost always underestimated. One thing that can be said is that its growth is primarily being driven at a regional level with the goal to bring cloud resources closer to customers. The dev-test use case for cloud is close to maturity, and for the past several years, enterprises have been determining the role that the large-scale clouds will play in their technology strategy. Early adopters have realized that large-scale public clouds are an ‘and’ not an ‘or’ in their overall approach to solving business problems. In many cases, they have determined that at a relatively small scale, a private cloud integrated with a public cloud achieves better economics and efficiencies than just selecting one or the other.

Keeping this approach in mind, the integration of large-scale public clouds with private infrastructure, or even private managed clouds, is becoming a driving force in the growth of cloud services. New cloud connectivity industries are evolving and organizations like the Cloud Native Computing Foundation (CNCF) are developing standards to support this type of architecture and large-scale providers are recognizing that having a regional presence is important. The most relevant element to develop from these innovations is the importance of the superscale technology ecosystem. By providing scale to support large-scale cloud providers, as well as world class data centers to support private deployments, they become the ideal provider of true hybrid deployments.

Another factor observed is the role data sovereignty is playing. Not only are large-scale providers looking to support low-latency hybrid solutions, but they are looking to ensure that regulations do not limit commerce. After England’s referendum to leave the EU, it’s clear that there is a psychology present that is driving further need for localized deployments.

Not to be ignored is the looming wave of connected devices that will begin to permeate the planet. Smart cities, autonomous systems, advanced manufacturing and the connected home will continue to drive the need for more infrastructure. At the core of all of this is the same infrastructure that has been used for decades: humans interacting with applications that run on operating systems that are connected to servers and storage that sit somewhere. For instance, IoT, mobile, web, client server, mainframe and more all operate under that same paradigm. The ‘somewhere’ is quickly becoming more critical from a resiliency, scale and efficiency standpoint and industry leaders are rapidly executing to meet that burgeoning need.

Since advanced technology has been around, a continuous cycle of computing methods-centralized to distributed-has been observed. In each evolution, the role of centralized resources and distributed methods never really dissipates. In short, compute is evolving to act more like the real world. Similar to how human bodies house a protected, centralized location to make sense of sensory inputs along with localized processors and data collectors at the edge, technology infrastructure is evolving to make sense of this new connected world.

NOTE: The original version of this article by Rich Miller first appeared on Data Center Frontier's Roundtable column on July 18, 2016. 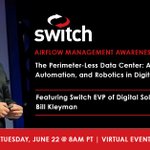 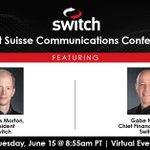 Switch to participate in the virtual event: Nareit 2021 Investor Conference on Thursday, 6/10! 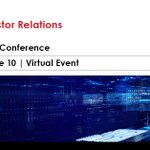 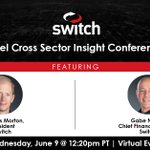 Congratulations @Switch on your Texas expansion! 🤠

Looking forward to what we can build together for customers 🤝 @DellTech