Switch has confirmed plans to build a massive SUPERNAP data center complex in Grand Rapids, Michigan after the passage of tax incentives that were crucial to the deal.

The Las Vegas company, which operates a huge cloud campus in Las Vegas, plans to invest as much as $5 billion in a data center complex at the former Steelcase Pyramid complex. Switch plans to build up to 2 million square feet of data center space at the campus, which will serve as its East Coast cloud hub.

“We look forward to working in partnership with Michigan to attract the largest companies in the world to the Switch ecosystem here in the Great Lakes State,” Adam Kramer, executive vice president of strategy, said in a statement. The company said the passage of the tax package was essential to its choice of Grand Rapids for the project.

The announcement follows a legislative debate about the best way to promote the data center industry in Michigan. The Switch project hinged on tax incentives that would make Michigan competitive with other states extending tax breaks to large data center projects. The bills sailed through the state Senate last week, but prompted debate in the House, which removed provisions for abatements on personal property taxes.

The final package, which passed at 11:30 p.m. Tuesday, would end the tax exemptions if the data center industry does not collectively create at least 400 new jobs in Michigan by 2022 and 1,000 new jobs by 2026. The package now heads to the desk of Michigan Gov. Rick Snyder, who had sought the assurances on job growth for the project.

The bills exempt all data centers and colocation businesses from the sales and use tax on data center equipment for 20 years. The legislation applies specifically to companies generating 75 percent or more of their revenue from the data center business.

Economic Development as a “Team Sport”

“Today, Michigan not only welcomes Switch, it welcomes an entire industry to the state,” said Birgit Klohs, President and CEO, The Right Place, Inc., which promotes economic development in Grand Rapids. “I often remind our partners in the region that economic development is a team sport. This project epitomizes this. Without the assistance and support of countless elected officials, business and community leaders, Switch would not be coming to West Michigan.”

The project will be built around the Steelcase Pyramid, a unique office property built in 1989 by the Steelcase furniture company. It was vacated in 2010, and later purchased by Norman Properties, which also owns a Reno, Nevada property where Switch is building a data center campus.

The original SUPERNAP data center in Las Vegas was a pioneer in hyperscale computing, spanning more than 400,000 square feet and featuring the design vision of Switch founder Rob Roy. Innovations in airflow containment and multi-mode cooling helped establish the SUPERNAP as a leading destination for high-density computing, supporting workloads up to 1,500 watts per square foot.

Switch has also announced plans for a 6.4 million square foot development in Reno that will be the world’s largest data center campus.

Switch continues to be recognized as 100% renewable power by the @EPA Green Power Partner List. Since January, 2016, all @Switch data centers have run on 100% renewable energy. https://t.co/iwgbyxfDgP

Switch CIO, Missy Young @MissyByte will participate as Honorary Chairwoman at the @LVMPDFoundation Wonder Women of Metro Luncheon tomorrow at 11:30am PDT! https://t.co/rl7aY9jjco 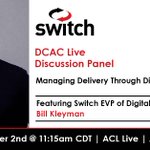 Switch is hiring! We’re seeking a qualified VP of Tax in Las Vegas, NV. Learn more about this opportunity on our website: https://t.co/xH7VShQ0fu 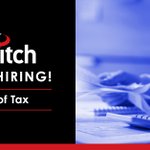 Today we are celebrating #WomensEqualityDay recognizing the anniversary and adoption of the 19th Amendment. Since its founding, @Switch has embraced a culture of diversity and equality, and is a technology company where women represent half of our senior leadership team. 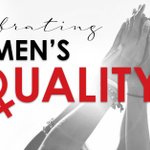 Switch is hiring at all locations including Las Vegas, Tahoe Reno, Grand Rapids, Atlanta, Austin and Houston! See position details and learn about career opportunities at @Switch on our website: https://t.co/zSHWS1WtcT 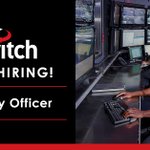