“This was an iconic building in Michigan.  To see it transformed by Switch into the most advanced, largest data center in the Eastern U.S. is fabulous,” Snyder said. “This is a world-class facility—it sets the benchmark in terms of data centers.”

Snyder also noted that Switch’s expansion into Michigan is a “great partnership” with the evolution of the Michigan automotive industry into a mobility industry.   The massive volume of data generated and the need to provide intelligent analytics of that data will continue to grow exponentially in the next several years.  Switch’s global technology ecosystem provides the mission-critical infrastructure to power the growth that is driving this age of mobility and the internet of absolutely everything.

As part of Switch’s adaptive reuse of the Pyramid, a completely renovated and technologically updated meeting and event space was created on the top floor of the building.  The space was used to host the event which featured products from West Michigan vendors Sweetie-licious Bakery Cafe, Madcap Coffee, Marge’s Donut Den and Applause Catering.

MLive | May 9, 2017
Inside the high-security, futuristic Switch pyramid

WZZM13 | May 9, 2017
Gov. Snyder to visit Switch data center as facility is opened to reporters

Today we honor the memory of those who were impacted by the events of October 1, 2017 and extend our gratitude to @LVMPD, first responders and our community members who continue to make Las Vegas #ForeverStrong. #VegasStronger #1October #VegasStrong #VegasStrongDay 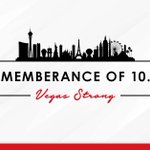 Switch EVP of Digital Solutions, Bill Kleyman @QuadStack will participate in the Stifel ESG and Impact Summit during the discussion panel: Energy Efficiency Implications as IoT Brings the Cloud Back to Edge on Monday 10/4 at 12pm ET! Register here: https://t.co/YIp2Jp8JBS 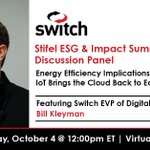 Switch to participate in the virtual event: Berenberg US REIT Seminar on Thursday, 9/23! 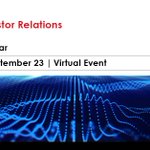 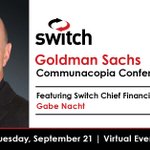 Switch continues to be recognized as 100% renewable power by the @EPA Green Power Partner List. Since January, 2016, all @Switch data centers have run on 100% renewable energy. https://t.co/iwgbyxfDgP

Switch CIO, Missy Young @MissyByte will participate as Honorary Chairwoman at the @LVMPDFoundation Wonder Women of Metro Luncheon tomorrow at 11:30am PDT! https://t.co/rl7aY9jjco